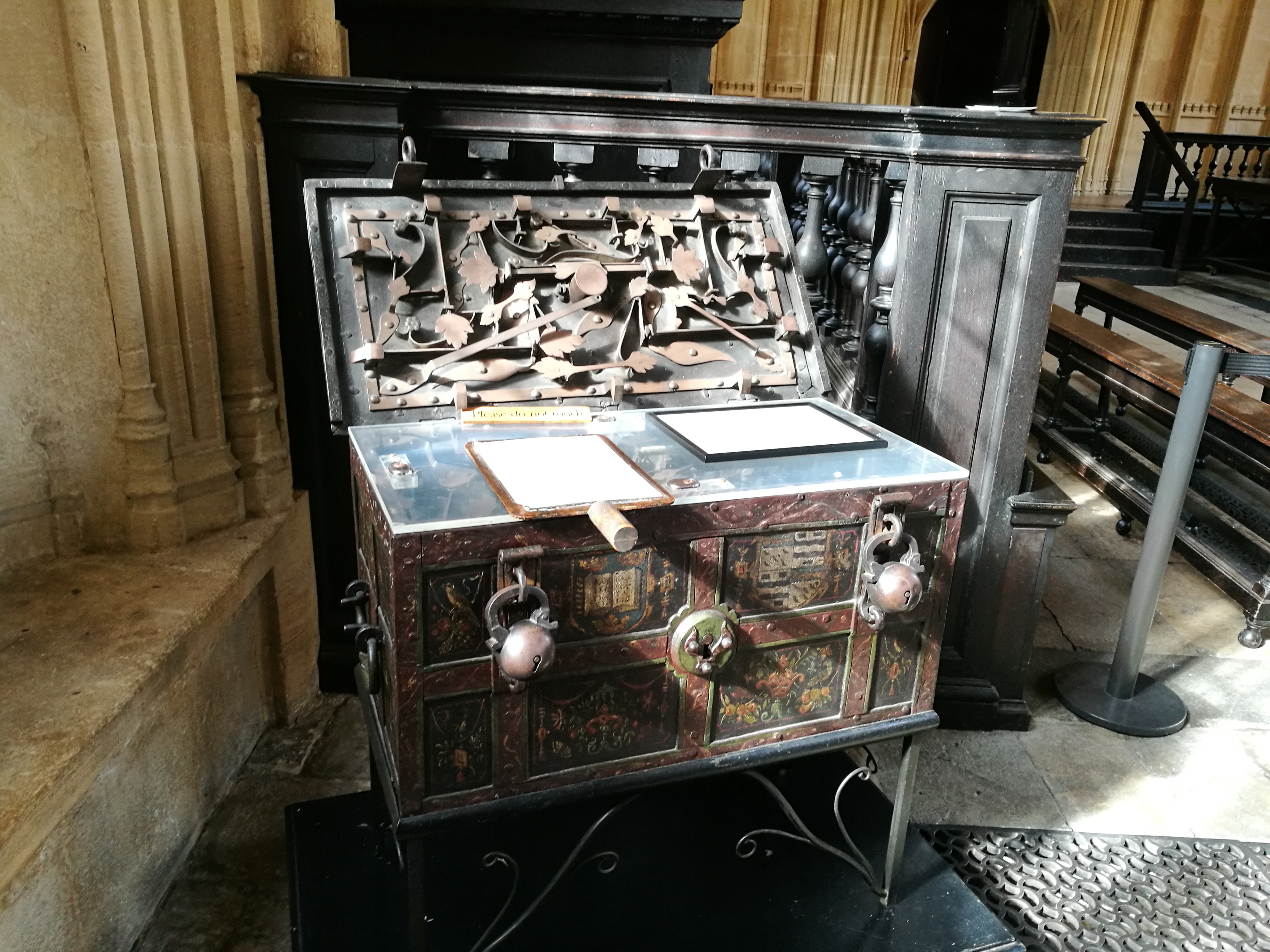 The safe keeping of money and valuables posed obvious problems in the days before banks and strongrooms. It was common during the Middle Ages to use a really heavy metal chest, difficult for thieves to carry off unnoticed/ and to fasten it with several locks, the various keys being held by different officials so no one key-holder could gain access. Sir Thomas Bodley's personal strong-box, containing the deeds of his properties and endowments is mentioned in his will as "my blacke Iron Chest"/ which he ordained should be painted in "oyle coulers" on the outside front face are painted the arms of the University (with the motto Sapientiae et Faelicitatis") and of Bodley himself.

The intricate locking mechanism, covering the whole of the inside of the lid, was supplemented by two large padlocks. The University decreed in 1613 that the Bodley chest should be kept in Corpus Christi College along with the University Chest (which gave its name to the University's Finance Division). It was brought to the Library in 1622 and continued in use as a safe as late as 1774.